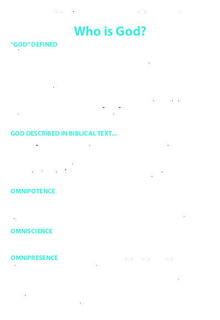 PDF
Who Is God? Jeff Ferguson is a worship leader, pastor, guest speaker and a recording artist. As a songwriter, Jeff's songs have been recorded more than 4,000 times by artists including TD Jakes, CeCe Winans, Vickie Winans, The Crabb Family, Dottie Peoples, Clint Brown and many more. Jeff's music has been nominated for multiple Grammy, Stellar and Dove Awards.

Jeff founded and pastored CitiChurch of Dallas from 2011-2016. Jeff is the founder and former director of Hope for the Homeless. Jeff has a focus on prayer and has started vibrant early morning prayer services in late 2016 and early 2017 in churches in South Florida, Orlando and Texas.